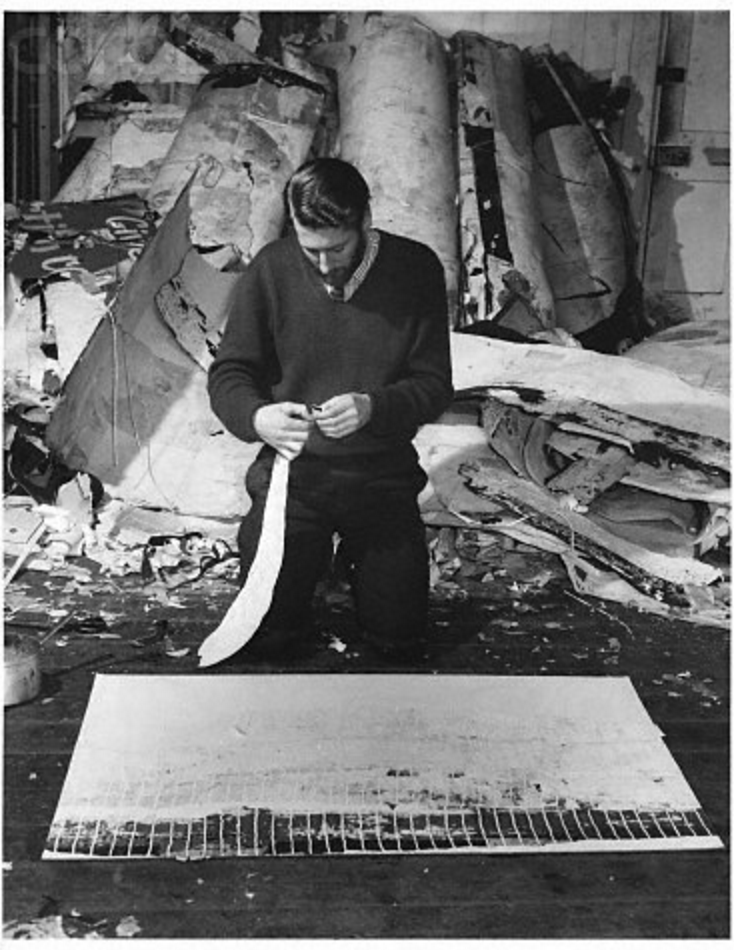 (David) Gwyther (Broome) Irwin (7 May 1931 – 18 October 2008) was a British abstract artist born in Basingstoke, Hampshire, who had lived much of his life in north Cornwall. He was educated in Dorset, at Goldsmith’s College and at the Central School of Art in London 1951–1954. Irwin first came to prominence in 1957 with an exhibition at Gallery One, and another at Gimpel Fils in 1959. In 1964, he represented Britain at the Venice Biennale, along with Joe Tilson, Bernard Meadows and Roger Hilton.  His most famous artworks consisted of pictures assembled from newsprint and fragments of advertisements on paper, which he collected from the streets with his wife, and which were then worked up into collages often of fine delicacy and quite subtle shades. Some of his later works also used string, wood shavings, chalk and paint. British artist limited edition print, Chelsea Arts Club centenary portfolio 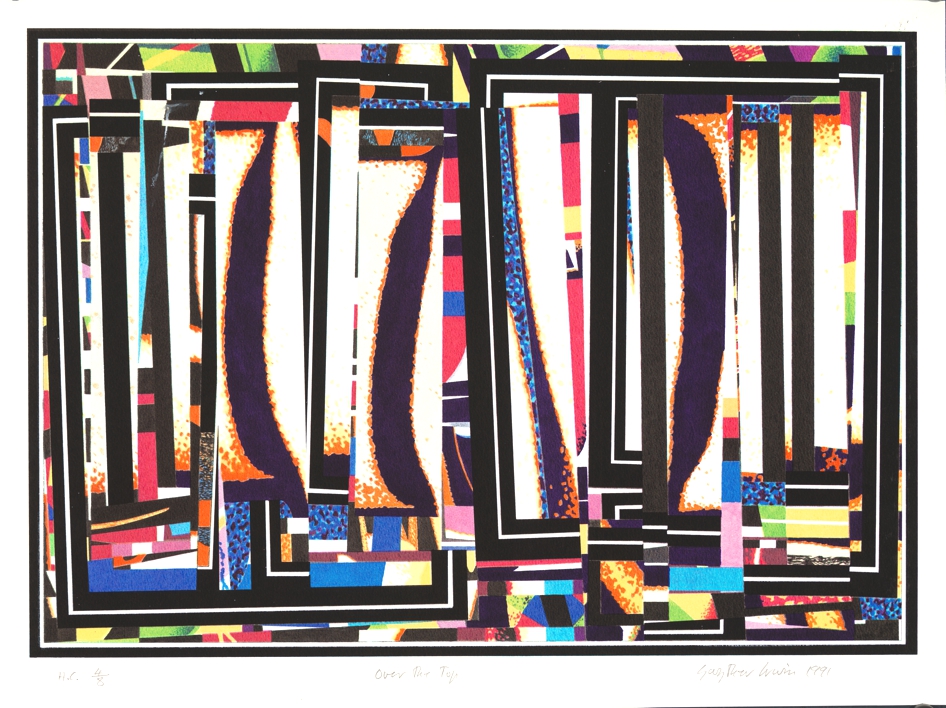