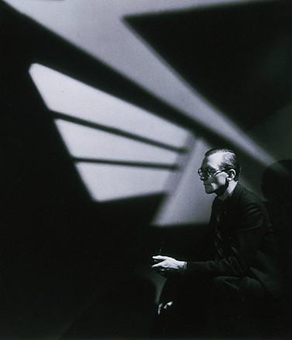 Born David Lee Theyre Elliott in 1903 (we aren’t exactly sure when or why he rearranged his given name) this interesting artist first made his reputation in the 1930s as designer of some classic Art Deco logos such as the Imperial Airways Speedbird and the Royal Mail’s Air Mail symbol (many more of his designs can be seen in the Victorian and Albert Museum’s collection).

After a serious illness in the 1950s his career took a radical turn. Though he not previously been religious, he was moved to create a series of expressionist works inspired by the Crucifixion, in which the human figure and the wooden cross or tree become totally entwined. Four of his drawings from this “Agony” period are shown here in our gallery. More can be found in the Methodist Church collection.

There is more information about Lee-Elliott in his Wikipedia entry.

Photo credit: Photo of the artist with projections of his Speedbird and Air Mail logos is by Gordon Anthony. 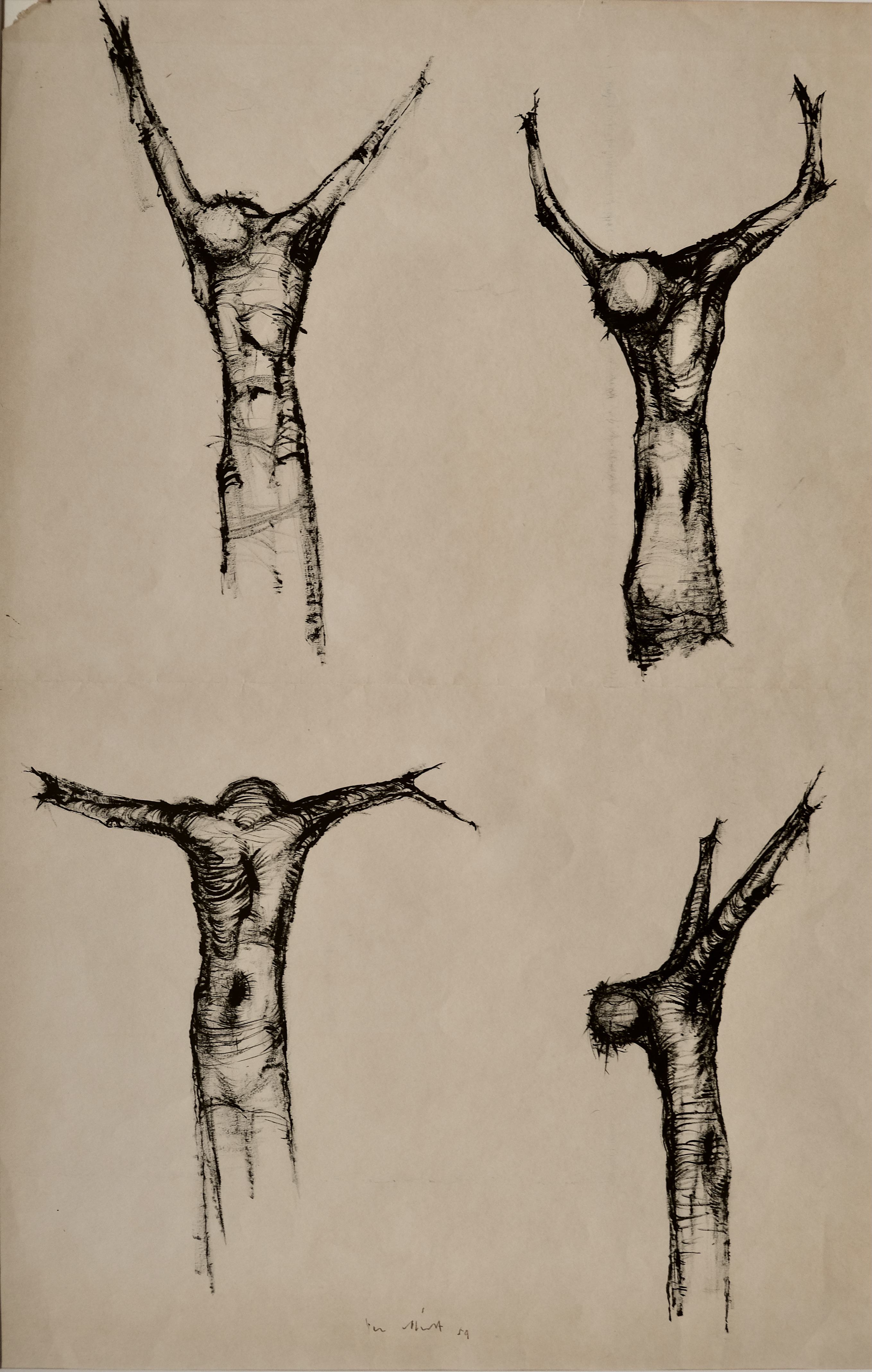 Four drawings for The Agony 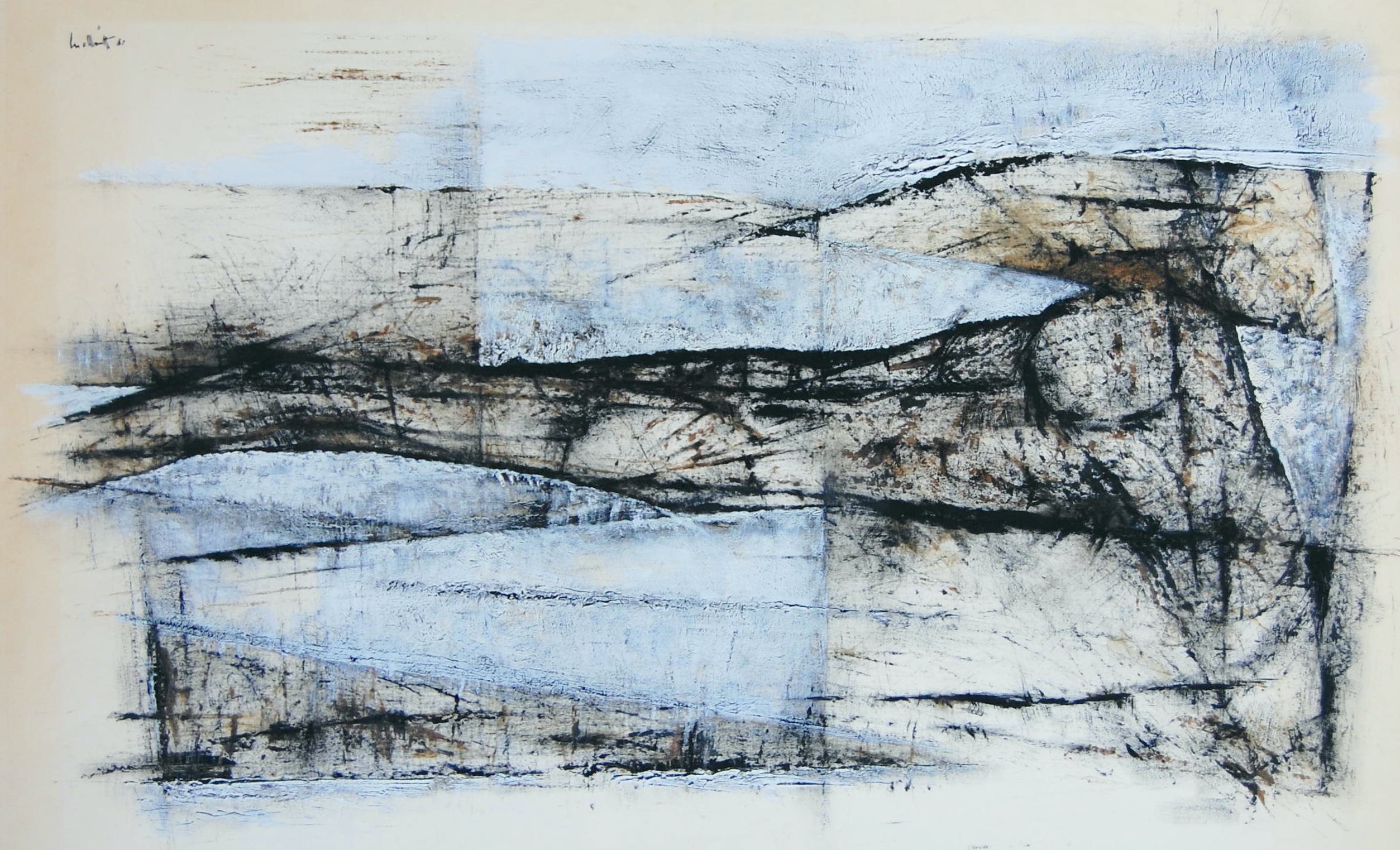 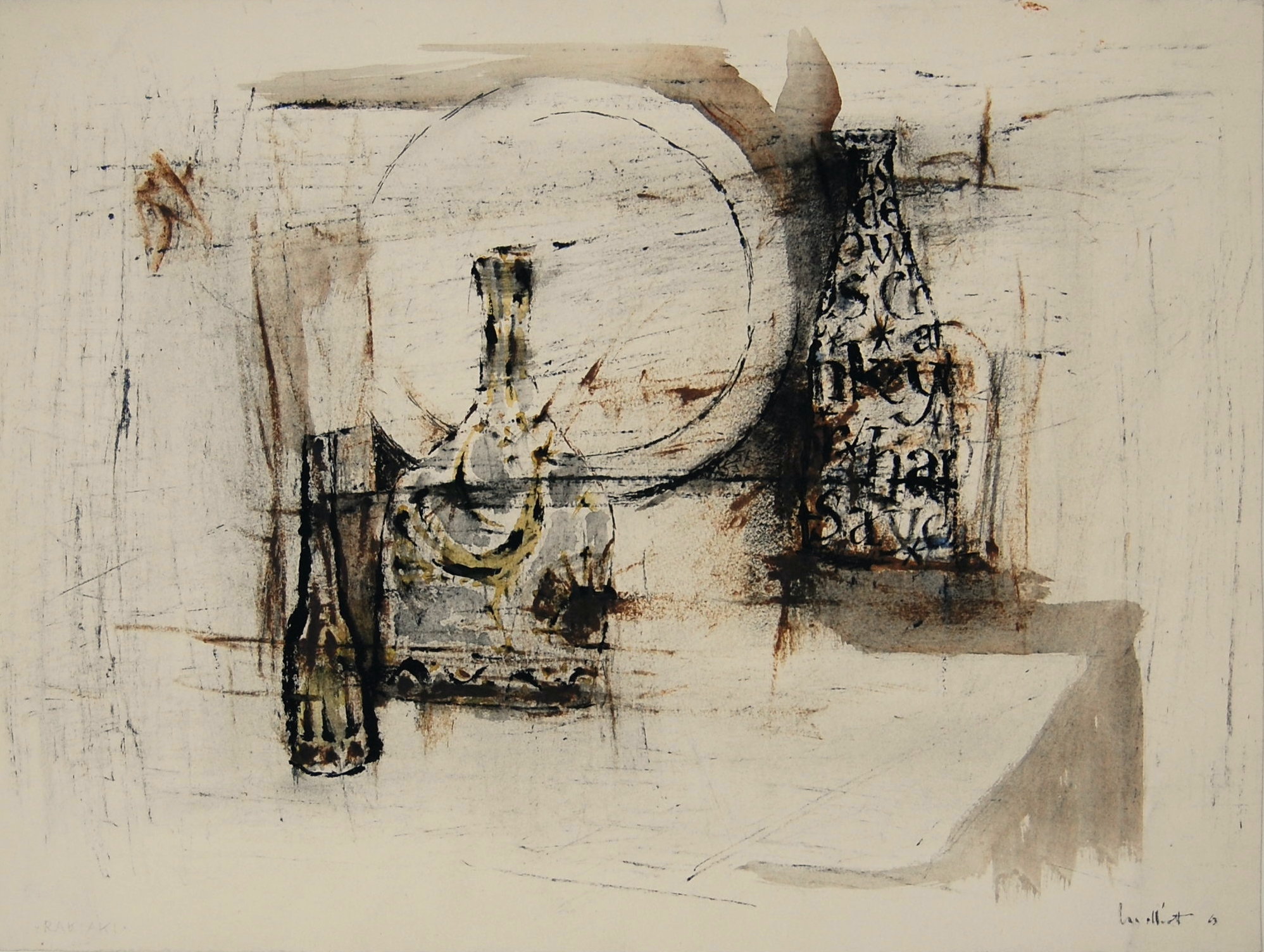