Peter Sedgley has been described as ‘one of the most single-minded of artists’. After abandoning his career as an architect, he devoted himself to the exploration of colour relationships. Like other members of the emerging Op art movement of the 1960s, Sedgley was fascinated by optical sensations produced by intricate geometric patterns and pulsating colour contrasts. In 1964 he began to concentrate on concentric rings of colour. He describes the circle as ‘anonymous’ because it is a familiar and homogeneous shape. In the Looking Glass Series, Sedgley plays with the ambiguous relationships of figure and ground, creating a dizzying visual experience through the optical illusion of movement. Contributor to Chelsea Arts Club centenary portfolio 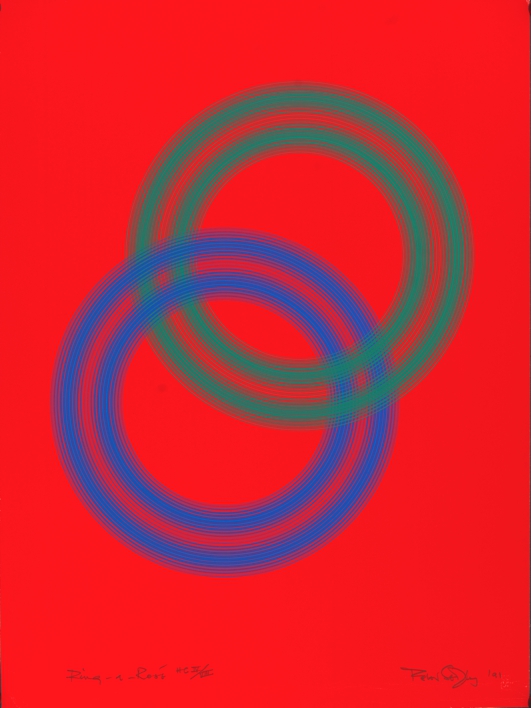