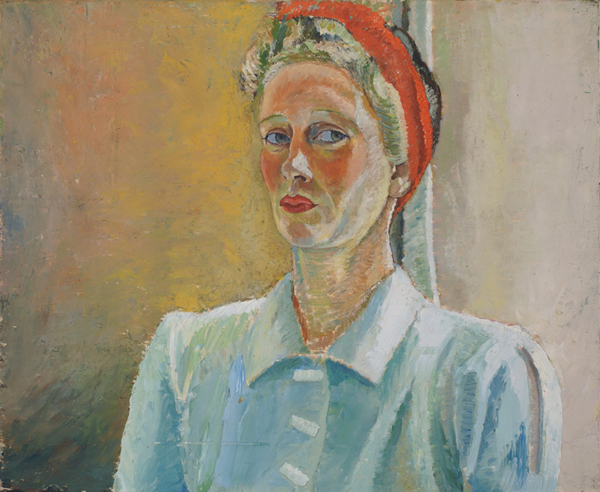 In his early twenties David Rolt formed a relationship with Mel Russell-Cooke, daughter of the captain of the Titanic. A vivacious woman who drove fast cars and held a pilot’s licence, she was 18 years older older than him and already married, but their relationship continued until the artist was in his 40s, when Rolt married Minnie Bradford, a girl 20 years younger than himself. That marriage lasted just ten years. Minnie re-married, but Rolt never did. His friendship with Mel continued until her death in 1973.