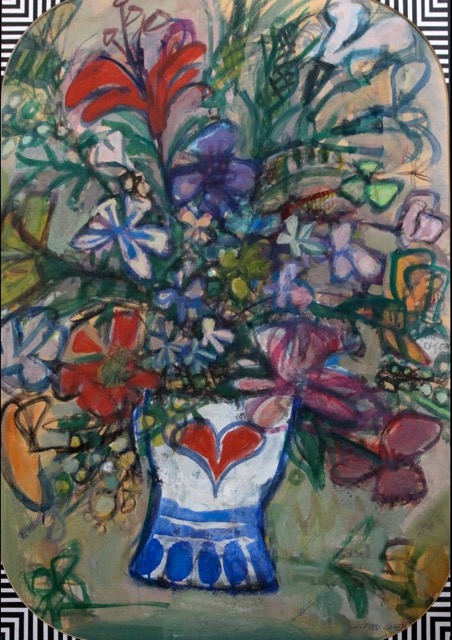 Alfred Cohen (1920 - 2001) is celebrated for his draughtsmanship and strong sense of colour.  Born in Chicago in 1920 (his parents were immigrants from Latvia), he had only just begun his studies  at the Art Institute of Chicago when war broke out and he joined the US army air force, serving as a navigator in Flying Fortress and Liberator bombers. But the second half of his life was spent in Europe, especially France and England. He cut a glamorous figure in Paris, driving a Bugatti and was a friend of several leading film stars. He moved to London in 1960 where he enjoyed successful exhibitions at the Brook Street Gallery and Roland, Browse and Delbanco. He was not a fan of abstract art; his principal loves and influences were Bonnard and the French Post-Impressionists as well as Chagall and Soutine who came from an East European Jewish cultural background.

There’s more about him in Wikipedia and at the Alfred Cohen Art Foundation, recently set up in the North Norfolk village where the artist spent his later life.

This painting is very elegantly mounted, and framed under glass.