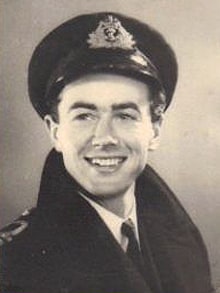 John Pawle’s biography is more like that of Boy’s Own hero than a typical artist. A gifted sportsman who played cricket for Harrow and Cambridge and was a world class rackets player, he fought in destroyers in the Royal Navy, before becoming a stockbroker after the war.  It was only when he reached retirement age that he took up painting in earnest, and he enjoyed enormous success with exhibitions in London, Paris, Florida and the South of France - and continued working on his technique till well into his nineties.  He died in 2010, aged 95. The liveliness and warmth of his paintings continue to find new admirers. 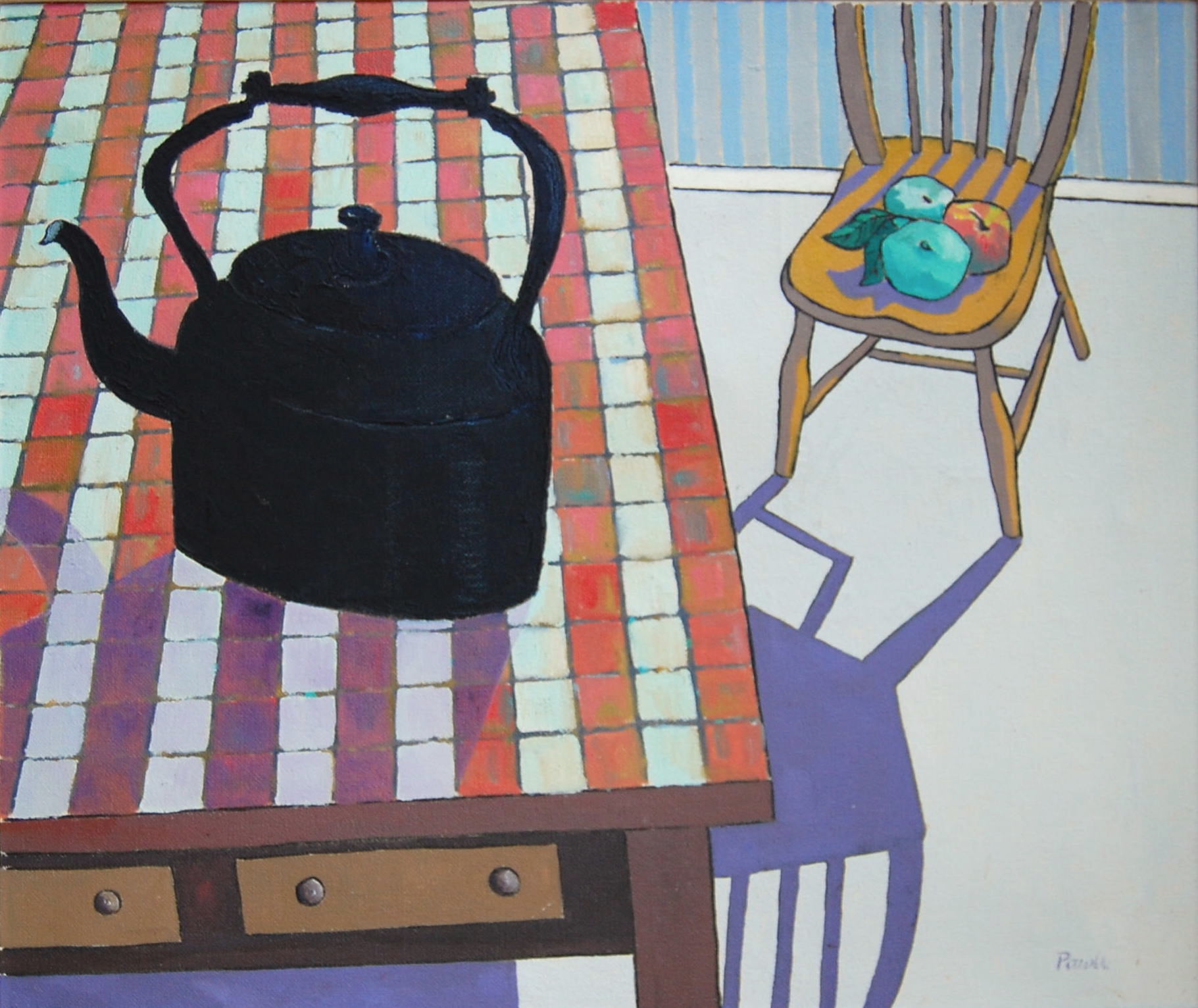 Kitchen with kettle and chair with apples 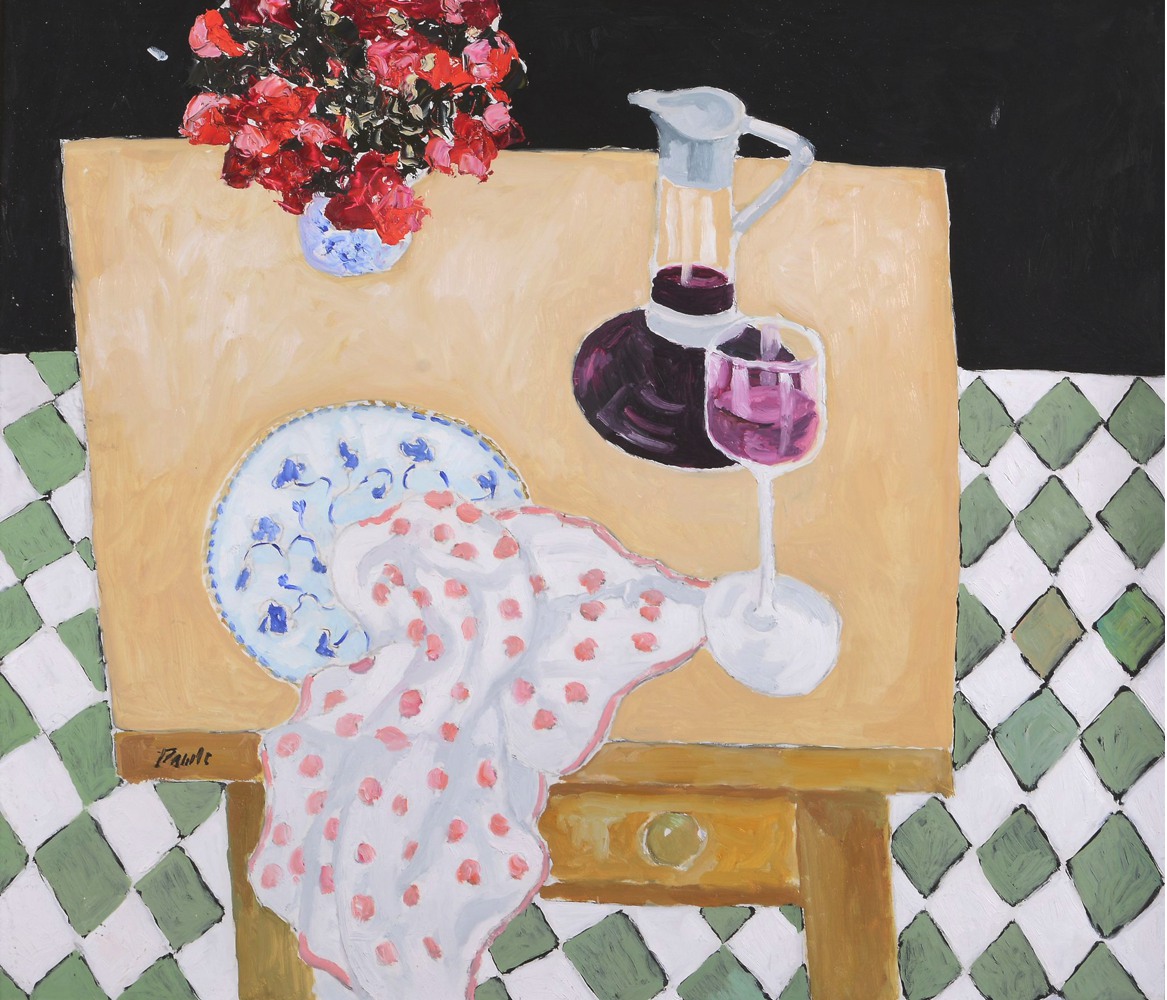 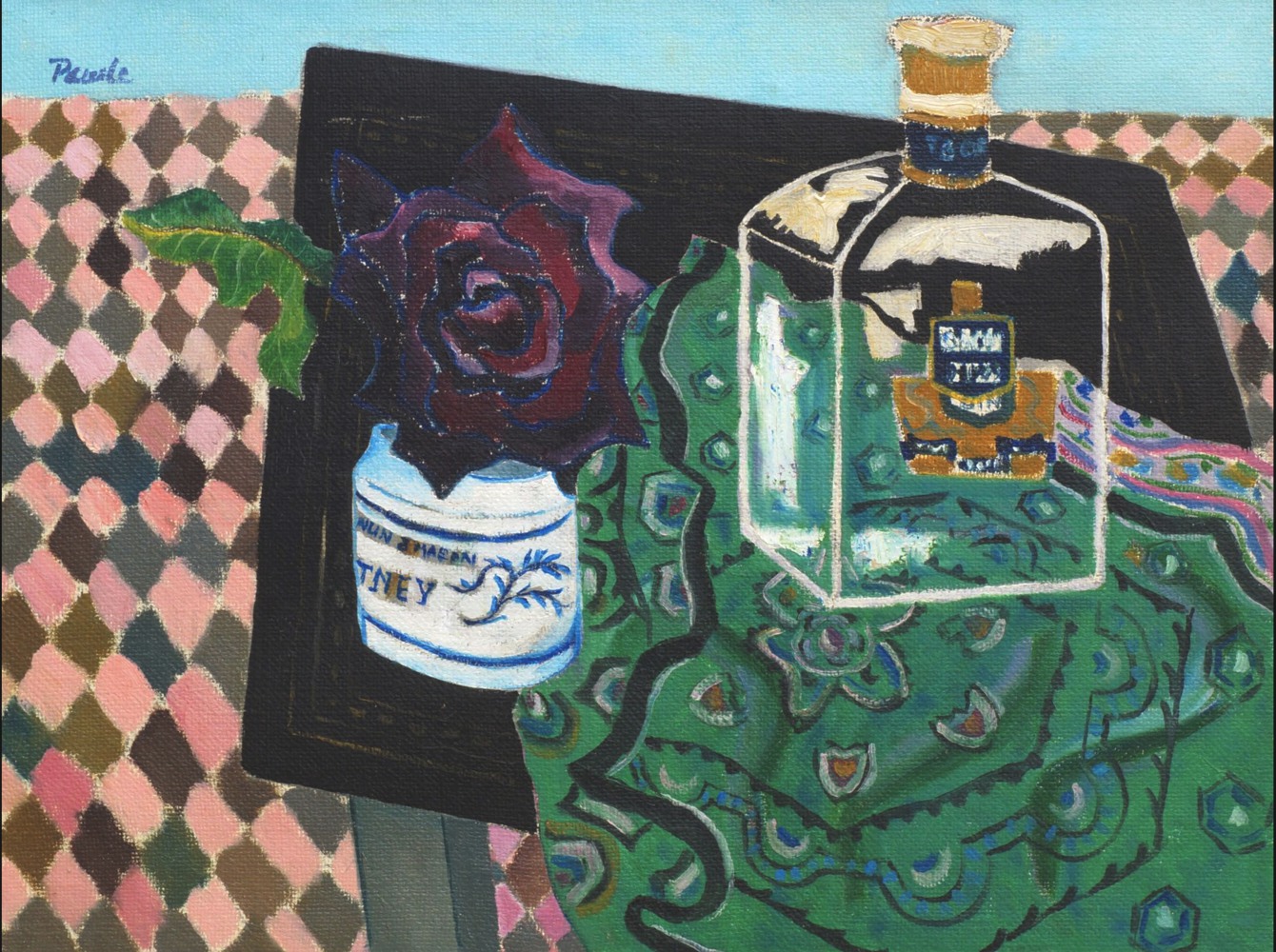 Still life with rose, chutney and a bottle of gin 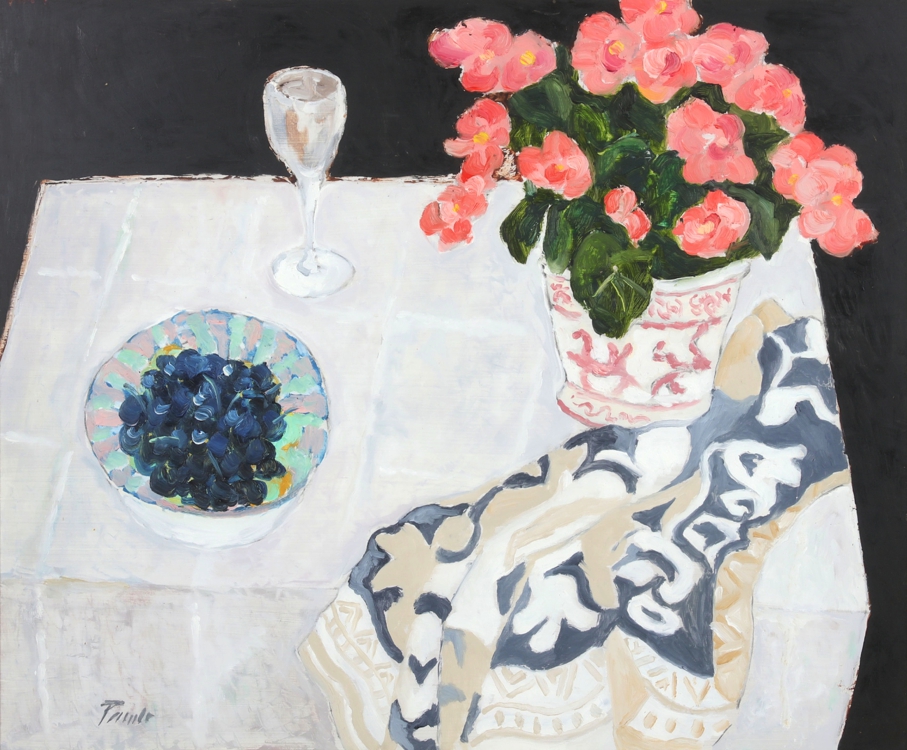